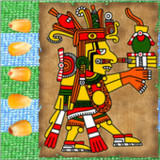 Puluc (also Bul, Buul or Boolik) is an ancient Mayan running-fight board game.
Initially the game had ritual significance. Mayan played Puluc the night before the sowing of maize.
The game was designed to give strength to revive grains.
This game is a little bit like such games as Backgammon.

Rules:
1. The overall objective is to capture and subsequently kill the playing pieces of the opposition. The playing area is divided up into equal spaces using rods, placed parallel to each other. The two players have control of a base at either end of the play area. The players take 5 chips and place them in their respective bases.
2. Taking it in turns, players roll the grains and move any of their chips the corresponding number of spaces toward the enemy base.
3. When a chip lands on the same space as an enemy chip, the enemy chip is captured and is no longer controlled by the enemy player.
4. If a chip lands on an enemy chip which already has prisoners, it captures that chip and releases prisoners.
5. Once a chip and its prisoners reach home, any enemy chips are removed from the game, or killed. Friendly chip is returned to the set of chips which can be played.
6. Once a player has killed every enemy chip, they win.

With this app you can play with your friends on the same device or against Android (with three different AI). 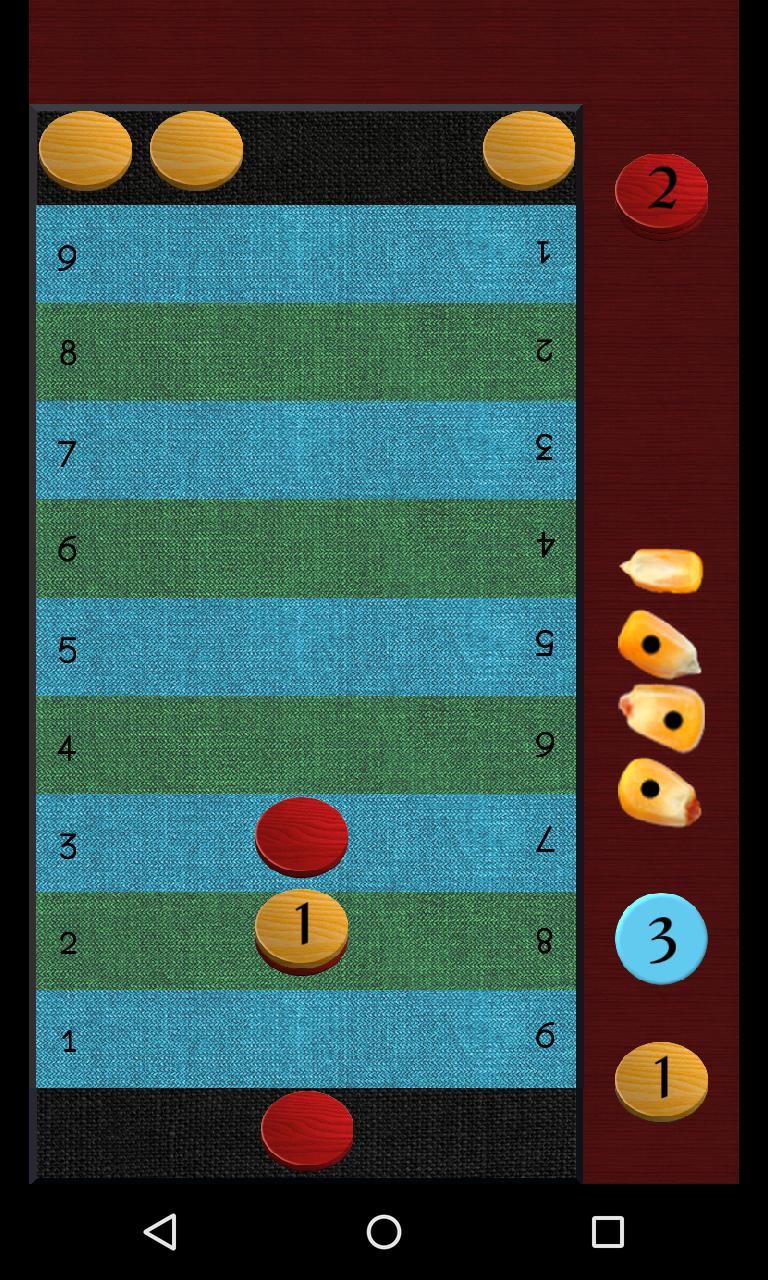 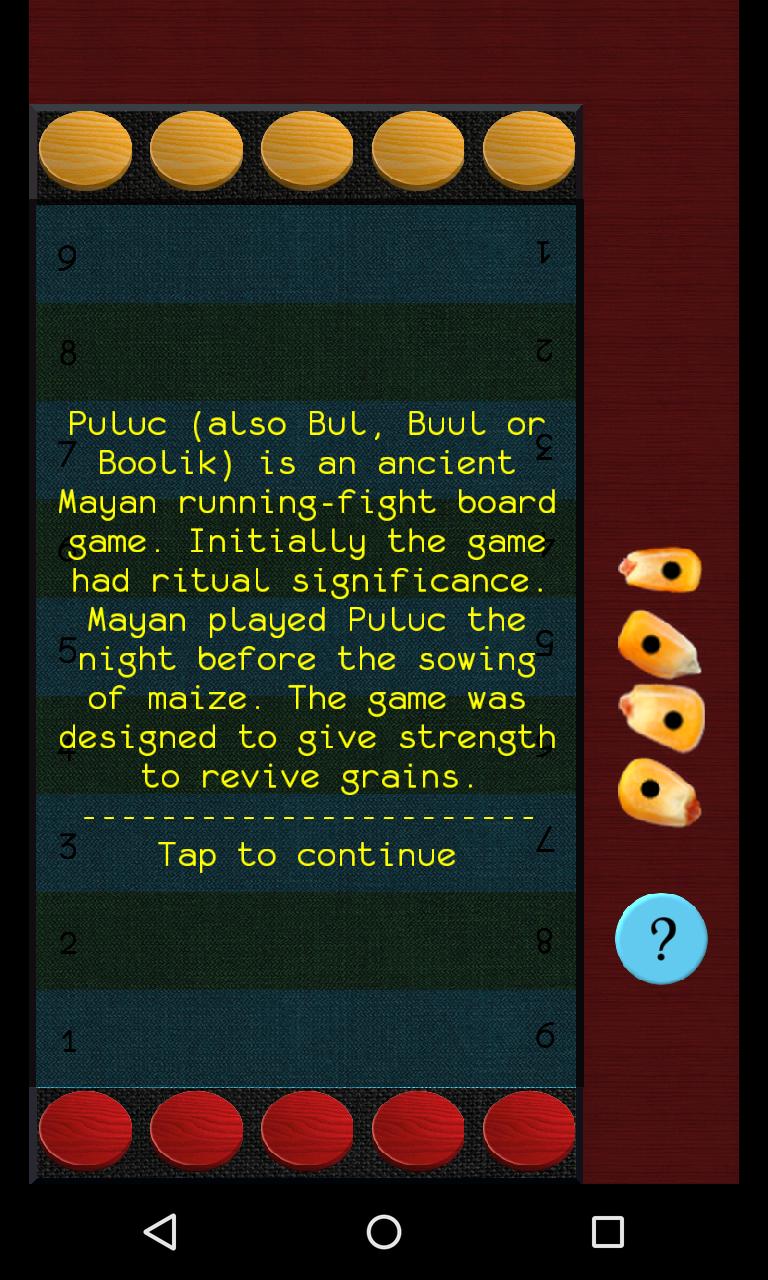 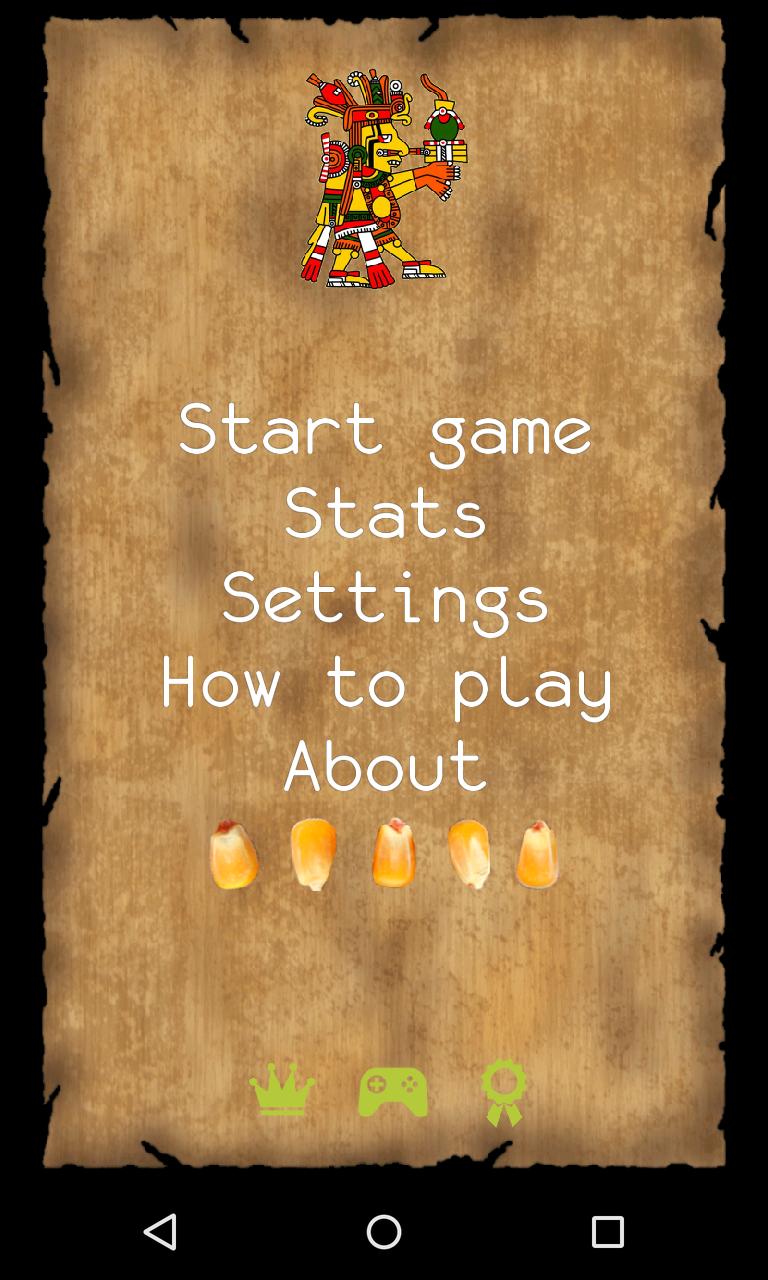 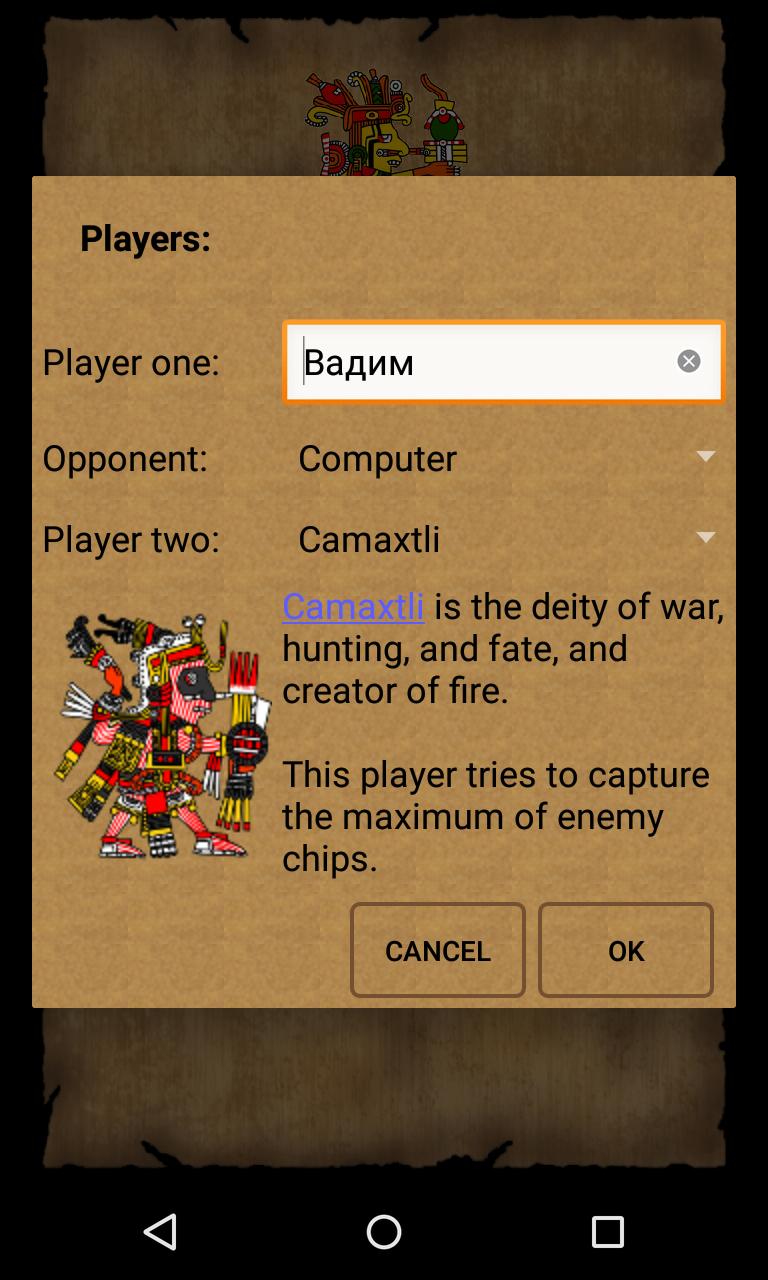 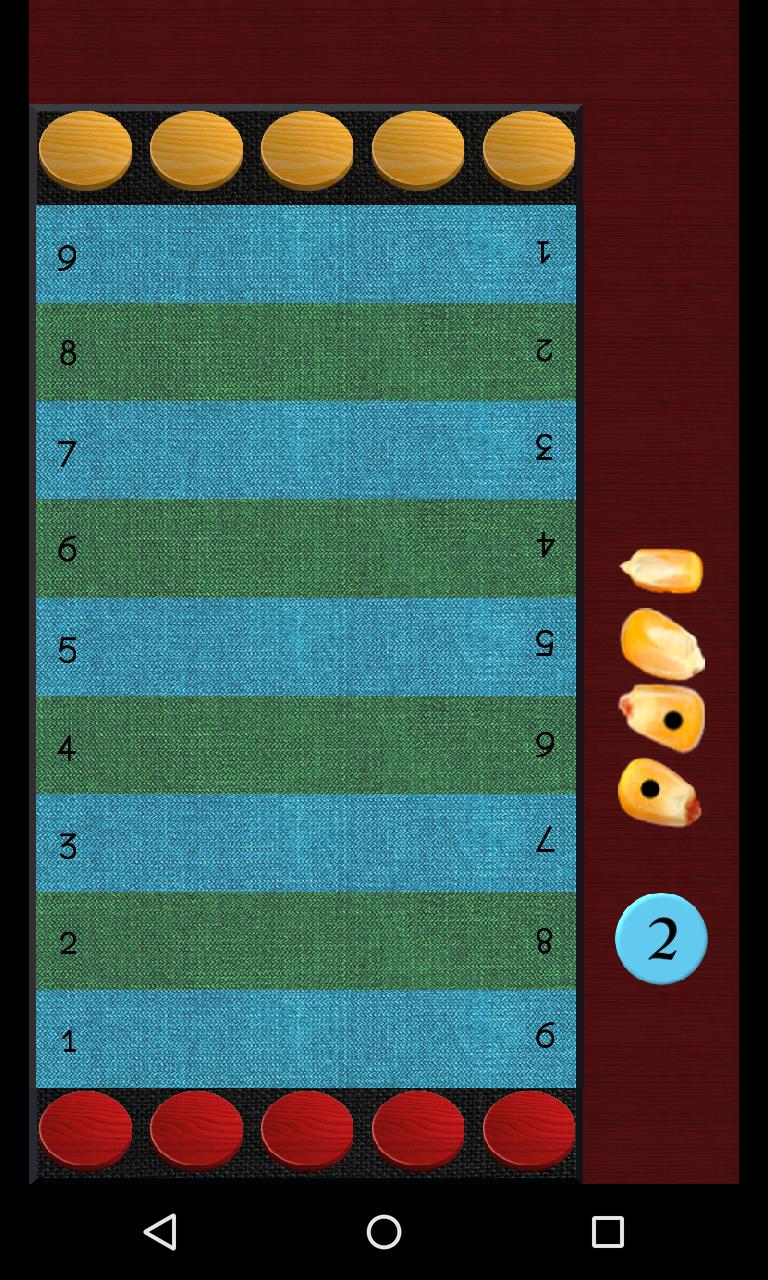 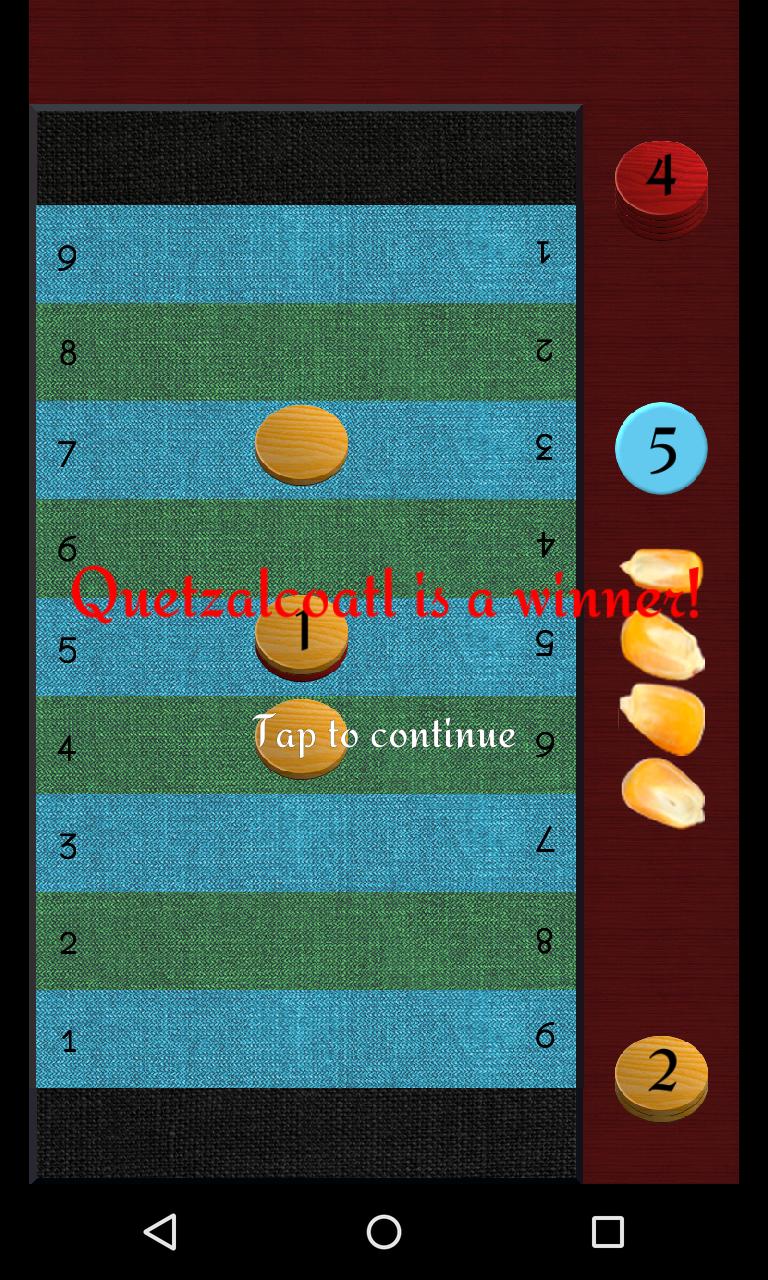 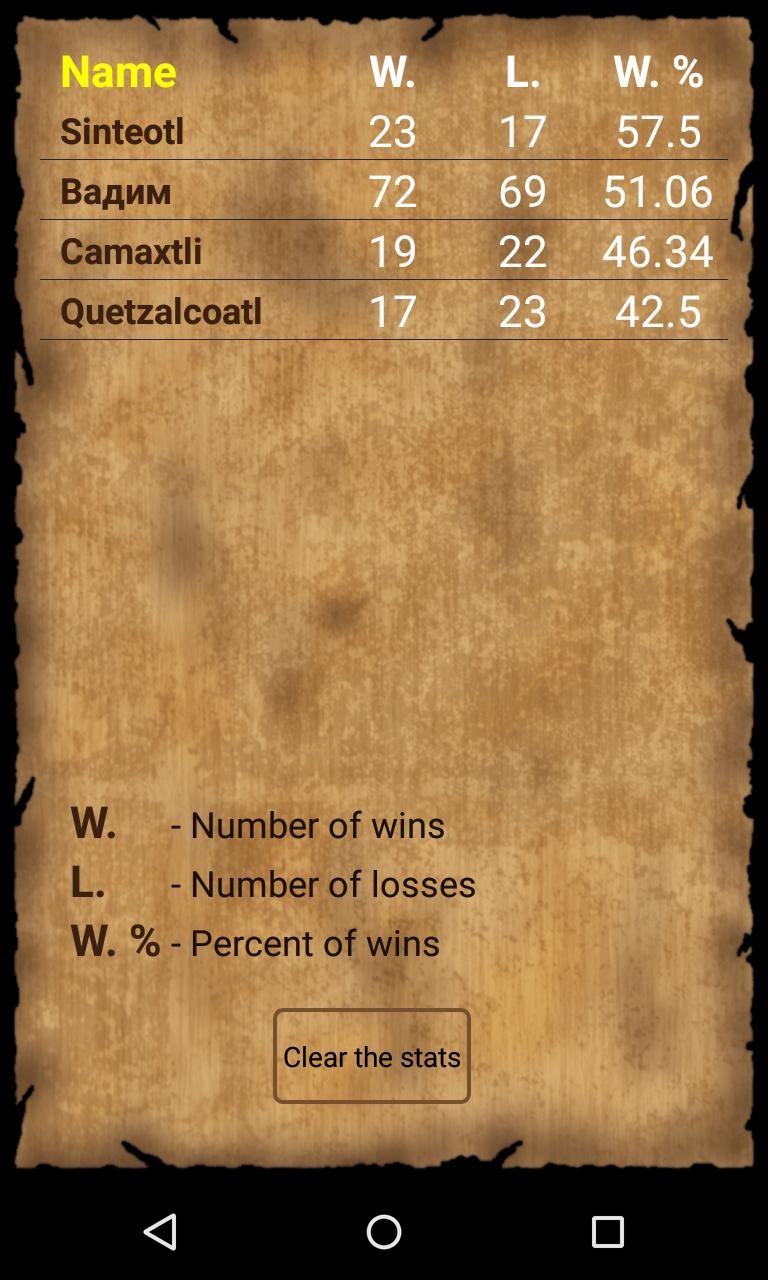 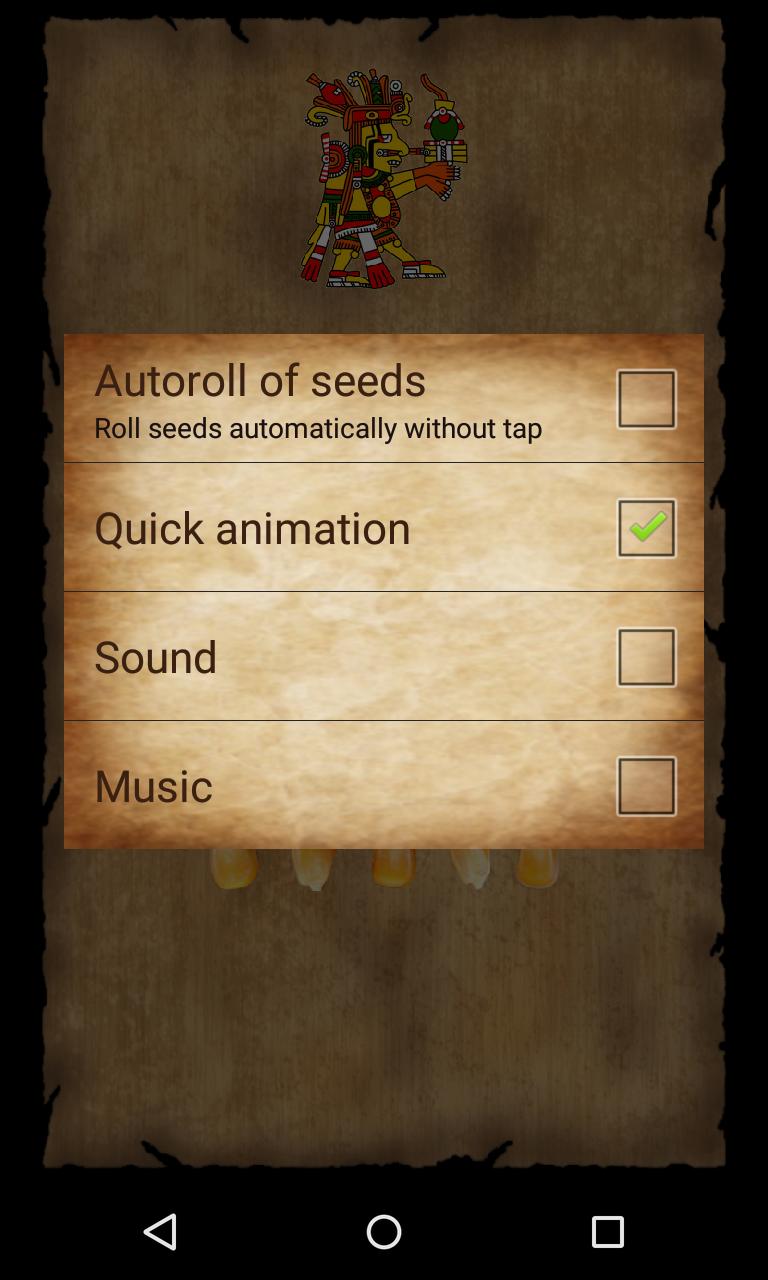 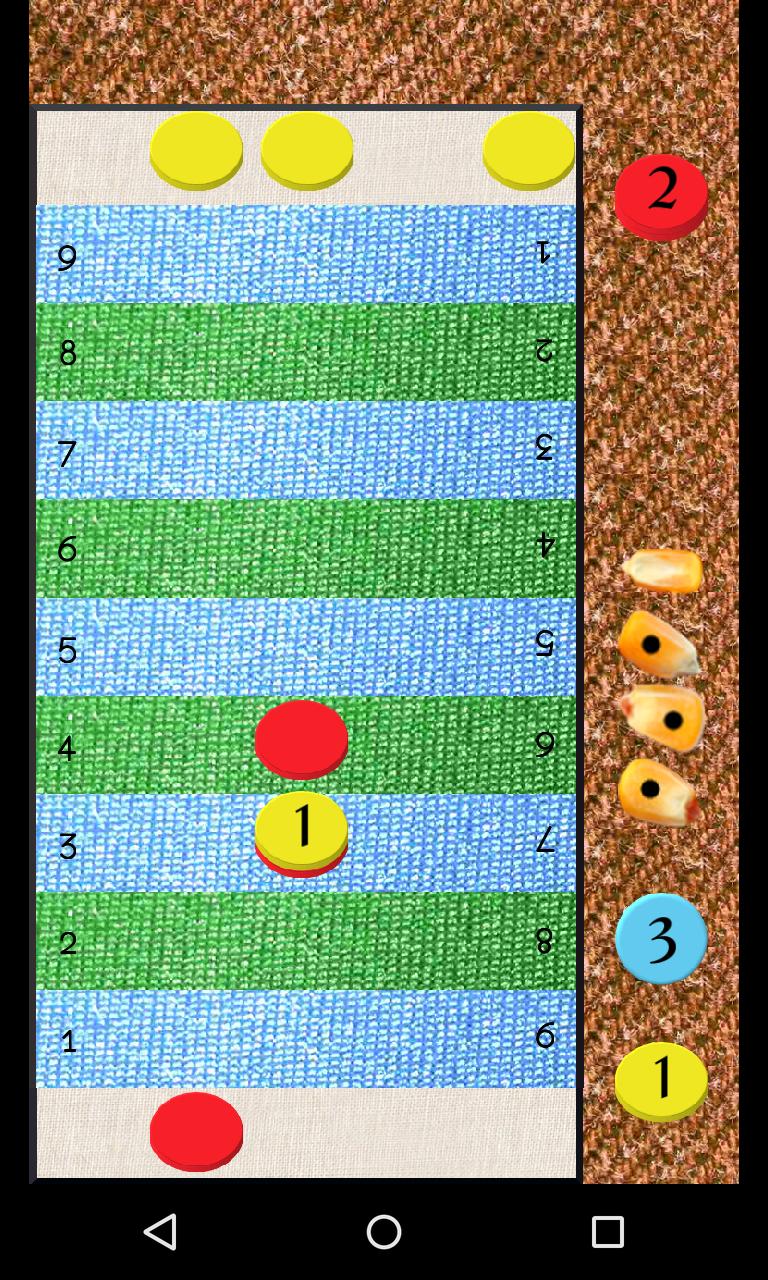 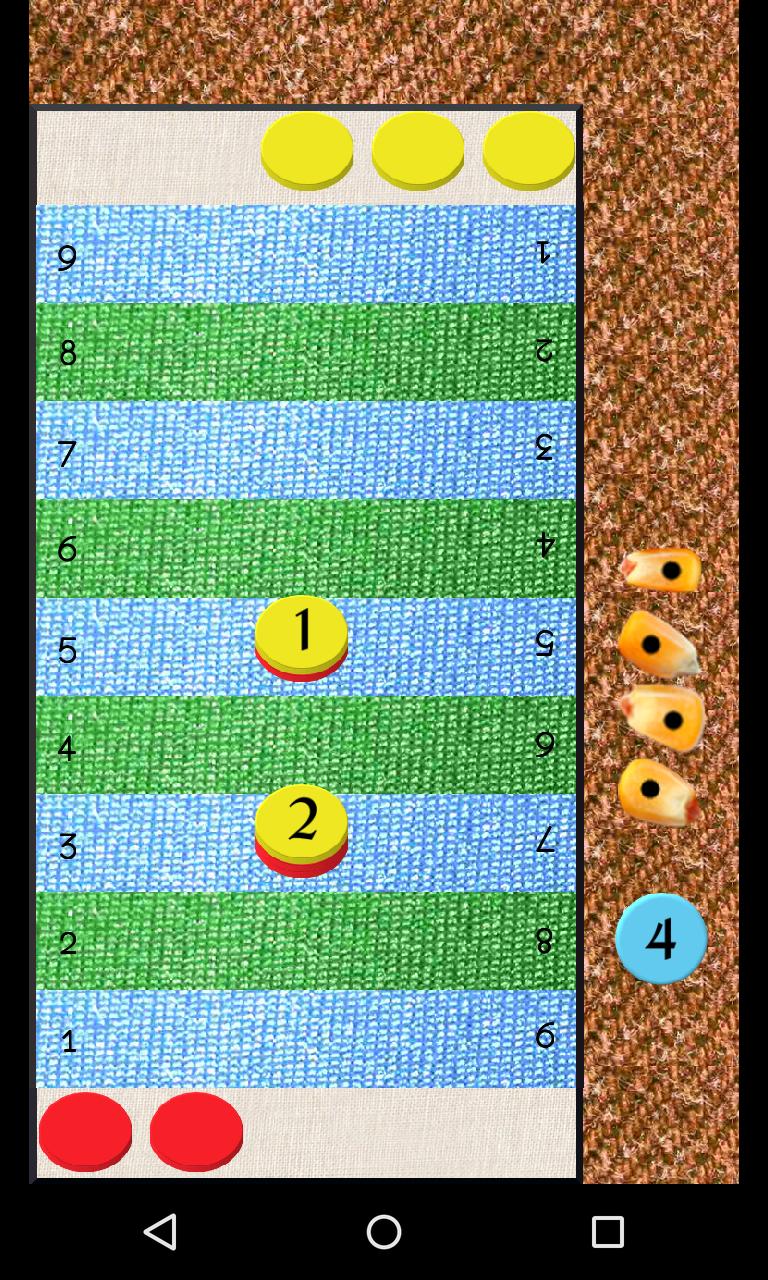